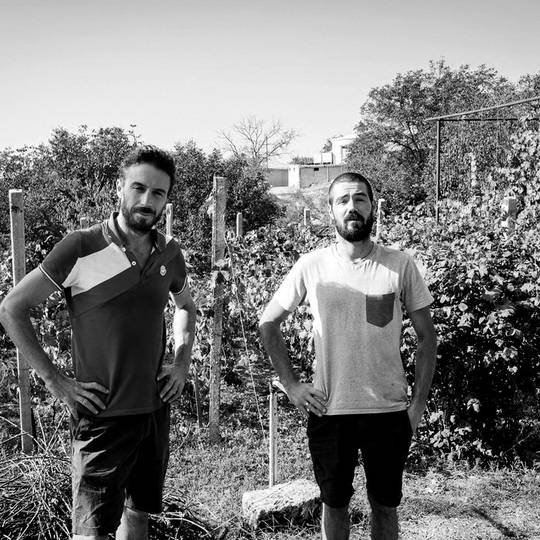 Lapati Wines was founded by the French emigrants Vincent Jullien and Guillaume Gouerou with the goal to produce natural wine and Pet Nat (Pétillant Naturel, French for naturally produced sparkling wines) in an environmentally friendly way using the traditional Qvevri method. In 2015 they have completed their Marani in the Sagarejo in Kakheti, Eastern Georgia and are currently producing around 3,500 bottles a year. The focus is on Pet Nat, which is probably due to their French roots. About half of the organic grapes come from Lapatis own vineyards in Kakheti, Kartli and Imereti. The rest comes from local winemakers who also farm organically. Vincent and Guillaume are buying just enough to fill their four one-tonne Qvevris fully. The grapes are harvested by hand and crushed with feet. We regard Lapati Wines as a successful experiment combining Georgian and French viticulture culture and technology. This goes in line with the name of their Pet Nat series "Kidev Erti", which means "one more" in Georgian and sounds mischievously in French after "qui divertit" ("who's having fun").