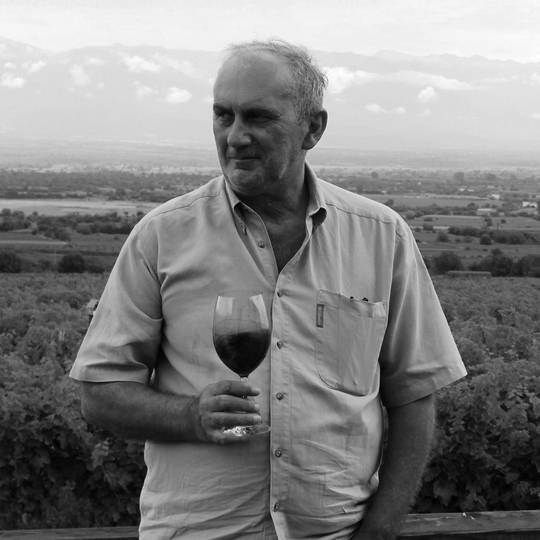 Papari Valley is run by Nukri Kurdadze, his wife Keti and their son Sandro. In 2004, they acquired the first 2 hectares of vineyards and increased the area of ​​the vineyards to over 9 hectares by 2010. This makes the Papari Valley vineyards to one of the largest growing areas in the natural wine scene. It was only five years later that they brought their first wine on the market, a vintage of 2015, as the decades of winegrowing for mass-production in the Soviet era had trimmed the old vines and terroir to quantity rather than quality. Nukri's goal is to combine the Georgian Qvevri tradition with modern winemaking techniques. He is a downright oenological scientist who consistently optimizes and refines his methods: A three-level terrace system made of Qvevris ensures that the transfusion of wine from one terrace to the next is done by gravity, without electro-mechanical pumps. No other winemaker we met so far has such a detailed overview of his production. Papari Valley has a total of 21 Qvevris, which together make up a total volume of 29,500 liters. The vineyard is located in the micro zone Papris Mindvrebi, in the Kachetian village Akhasheni, where 80% of Saperavi and 20% of Rkatsiteli are cultivated.