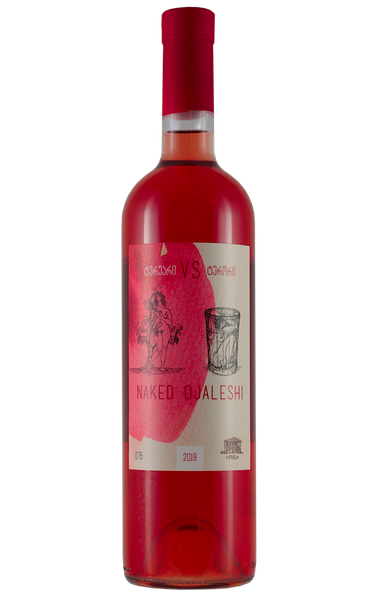 Fathom aroma depths
Light red fruits such as strawberry and cranberry meet with dashing citrus notes. Lots of animal and smoky power with a hint of tannin, yet clear and transparent with lots of pull on the palate. Fantastically precise acidity, yet good bite and long back: A rosé for advanced drinkers!

In 2015, Keto Ninidze and her husband Zaza Gagua decided to leave Tbilisi and to move with their two daughters to the small Megrelian town Martvili, where in the 1930s Zara's great-grandfather had built a traditional wooden house with a terrace on all sides. This old type of house is called Oda. Since this house and the surrounding land mean a lot to Keto, she decided to give her winery the name Oda Family Winery. It is located not far from the enchanting Martvili Canyon, through which the crystal-clear Abasha River winds. Since 2017, the family has been offering wine tourism, hosting guests who are interested in winemaking and rare natural wines. Keto's family restaurant offers traditional cuisine and exceptional wines that are known for their unique pairing. Originally a philologist and literary scholar, Keto has been involved in viticulture since 2016, when she started to grow the Ojaleshi and Tchvitiluri grape varieties in her vineyard. In 2017, for the first time she planted the ancient endemic Megrelian and Abkhazian grape varieties Koloshi, Dudghushi, Lakaiazh and Ashugazh. They were entrusted to her by the Jighaura monastery, a special gift, as these rare West Georgian varieties are nowadays barely grown. The production of rare Western Georgian varieties with different methods is what make Keto's wine so unique.Unfortunately, we will have to wait a few more years for their viable grape yield until the vines are big enough. Keto is fully aware of her role as a woman in a male-dominated winemaker scene. She calls her Rosé wine Naked Ojaleshi - and it is not by accident that the label on the bottle shows two naked women: one is entwined with vines, self-determined, stylish, and alluring, the other -- crammed into a barrel-like cage. The caption reads as follows: Terroir vs. Terror - wine can therefore also address important social issues.