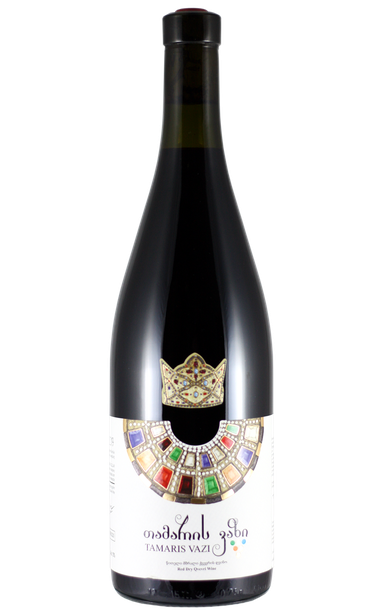 Giorgi Natenadze comes from the region of Samtskhe-Javakheti (Meskheti), in southern Georgia, which was occupied by the Ottomans for several centuries. The Ottomans let the local vineyards with their autochthonous grape varieties grow wild, so that the tradition of wine growing itself was almost completely forgotten. In the last ten years Giorgi has spent a lot of time roaming through mountain forests looking for old vines that grow the way nature intended - on trees. Most of his grapes come from forests or abandoned, destroyed villages. The grape trees there are more than a hundred years old, and the very largest of them is actually over four centuries old. Giorgi has so far been able to rediscover 40 rare grape varieties, 24 of which have already been clearly identified. It is thus once again the first wine production in his region since the 16th century. Due to the very complex harvesting process of the wild wine, he can only produce a very limited amount of wine, from one to 1200 bottles (from different grapes) per year. They grow on volcanic soil and are situated at altitudes between 1000 and 1650 meters. Giorgi combines the curiosity to rediscover forgotten knowledge, the passion to revive lost traditions and the ability to bring all this to new, younger target groups in a modern, contemporary way. The labels of his wines are designed in street-art-style and speak a fresh and unconventional language. In the award-winning documentary film "Our Blood is Wine" (see trailer here) Giorgi Natenadze is portrayed in an authentic way and tells his fantastic story in his own words.

More information about Giorgi Natenadze can be found on his own website: www.natenadze.company